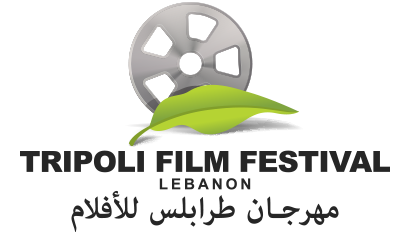 Women and Conflict: Tripoli Film Festival
by Allan LEONARD, Nancy RIORDAN and Emanuela DEL RE for Forum for Cities in Transition
7 May 2015

“Women and Conflict” was the theme to which the recent Tripoli Film Festival dedicated a special event, with the screening of a selection of out-of-competition films. Elias Khlat, festival director, is also a member of the Tripoli group of the Forum for Cities in Transition.

FCT Secretariat member, Professor Emanuela Del Re of the University of Rome, in her introductory remarks, argued for the importance of opportunities for women in peace making and peace building, as well as the significance of recognising the full dignity of women.

Professor Del Re also reminded the audience that women can be perpetrators of conflict, as well as victims of it.

Her documentary film, The Denied Yazidi Festival, was then shown. It revealed an ancient and peaceful minority in Iraqi Kurdistan, and how their Jazhana Jamaye religious festival was cancelled by authorities, for security reasons, and how this constituted the signal that the situation was changing in the region, so much that the Yazidi are nowadays the target of a fierce persecution by the ISIS.

After the screening, someone asked why the film did not spend more time at the beginning explaining who the Yazidi people are. Professor Del Re replied that the objective of the film is to show how security issues can affect any minority group.

She also explained that this documentary was a dignified while critical portrait, not showing the Yazidi as victims solely. Indeed, fellow FCT Tripoli member, Mohamad Chamsin, remarked that we generally only hear about the Yazidi people via news coverage (usually in a conflict context); “Now we know more.”

FCT Tripoli member, Nabil Shinder, asked us three why we got involved in peace building work.

“From my heart, I cared what happened to other people. I studied international relations and had the opportunity to work with Professor O’Malley, and learn his philosophy that those in transition can help others in transition.”

Allan Leonard described his journey: “I travelled to Belfast and was able to view the situation firsthand. I was able to make my own conclusions, and I knew that I needed to travel more, to understand better.”

And Professor Del Re added:

“I was fortunate to grow up in a family where respect for the other was natural. Our house was always full of people from all over the world — Jews, Christians, Muslims, all religions. My peace building work started at age 18, and I always involve local actors and in a spirit of cooperation.”

In the final question and answer session, Professor Del Re reflected on the variety of the films shown. She described what she called the “visual sociology” of film, art and photography, as a means of documenting perspectives of the living, for learning and posterity.

Professor Del Re made the observation, after viewing the Memories of Tripoli film, that the city and its people appear now to be analysing themselves, after many previous experiences of outsiders analysing them.

Or as one member of the audience said, “We need to write our memory so that others can know us.”

At the closing ceremony, Mr Leonard provided a summary of the theme of women and conflict:

“My colleague, Emanuela Del Re, explained the value of dignity. This was reflected in the films shown.

“Vicenta is an example of multi-generational dignity, given personally by a great-granddaughter.

“The Shebabs of Yarmouk gives dignity to refugees, and also demonstrates individuals with a lack of belonging.

“Meanwhile, 10949 Women, featuring Nassima Habla, shows a strong, patriotic sense of belonging. This story gives dignity to the role of women in post-colonial, independence movements. But a possible criticism is that it represents elite heroism.

“On the other hand, the film, Tripoli: Art, Memory and Peace, shows local people as heroes – giving dignity to the wider population.

“We discussed whether these memories should be put in a museum, or be used to influence policy for action.

“This reminded me of our failure in Northern Ireland to create a centre for peace building.

“But positively, the process has helped evolve our policy. This is thanks to the work of civic society. It challenges politicians, by showing them that there is more support for progress than they think.”

We were very pleased to be able to participate in the Tripoli Film Festival, and we thank the organisations responsible for sponsoring the Women and Conflict session, especially Elias and his team for inviting and hosting us three FCT Secretariat members.

We are so grateful to everyone we met, who gave us a rich insight into their wonderful city and its people.